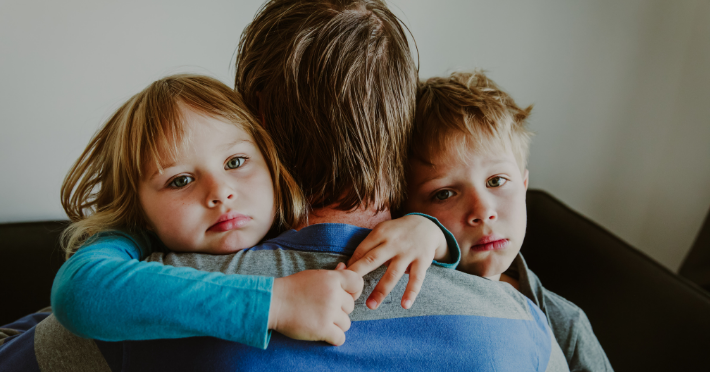 What effect have Re D and Re CTD had on reopening findings of fact?

In December 2019, Unit Chambers’ very own Lisa Edmunds was involved in the important Court of Appeal case, Re D (A Child) (Fact-Finding Appeal) [2019] EWCA Civ 2302  [1] (‘Re D’), concerning when the findings of a fact-finding hearing could be revisited. Since that point, the Court of Appeal in Re CTD (a child) (Rehearing) [2020] EWCA Civ 1316 [2] (‘Re CTD’) has provided further guidance as to when findings of fact can be revisited. In this article, we’re going to explore the effect that these two seminal cases have had on the law around this topic.

Before moving onto consider how Re CTD and Re D have changed the law, it is worth setting out the guidance that arose from the case of Re Z (Children) (Care Proceedings: Review of Findings) [2014] EWFC 9 [3] (‘Re Z’) on which CTD and D both drew to a large extent. In this case, the former President of the Family Division, Sir James Munby set out the three-stage process for revising findings of fact that had developed in law since the case of Re B (Minors) (Care Proceedings: Issue Estoppel) [1997] Fam. 117 [4] (‘Re B’).

The three stages were as follows:

Re CTD has offered further guidance on the first stage of the process. Re CTD was a case concerning an intervention by a friend of the injured child’s parents, AO. It was alleged that AO had caused injury to the child whilst caring for her and a finding of fact was made to this extent. In later proceedings, a judge made findings of serious sexual and physical abuse of all four children by both parents at and before the time of C’s injuries. That evidence had not been available to the original judge.

In this case, Lord Justice Jackson held that decision to allow past findings to be relitigated had to be a reasoned one and that the court would need to be satisfied that the challenged finding was likely to make a significant legal or practical difference to the arrangements made for the children. This seems to mark a higher threshold than the ‘real reason’ required in Re Z as there is need for a significant difference to the child’s arrangements to be made before the evidence will be looked at again by the court. While new evidence would pass this stage, it is arguable that a procedural deficiency (which may have been a ‘real reason’ previously) may not.

Re D primarily addresses the second and third stages of the process, D was a young girl who had received serious injuries that were potentially of a sexual nature. Y, who was the partner of D’s mother, was found by the judge at the initial fact-finding hearing to be in the pool of potential perpetrators. The judge also concluded that ‘…there is no one else in the pool of perpetrators.’ Shortly after D was taken into long term foster care, D’s mother gave birth to Y’s son, S who was also taken into a foster care placement under an interim care order awaiting the judgment in D’s case. In the rehearing of the findings of fact, the judge restricted himself to reviewing just the question of whether there had been an inflicted injury before identifying the perpetrator of that injury.

On appeal, the Court of Appeal held that while the fresh evidence provided by Y was enough to get past the first stage of the process in Re Z (a position that is consistent with the later decided Re CTD), the judge’s approach in addressing the second question had ignored that the fresh evidence brought by Y could affect the weight to be attached to other pieces of evidence. This seemed to suggest that, provided there is a real reason to get through the first stage, courts will be much more willing in future to conduct a more wide ranging review of the evidence that was before the initial fact finding hearing during the third stage of the process.

This assertion is further backed up by the Court of Appeal’s second ruling in that case, in regard to causation and the third stage of the process. On this point, the Court held that while the medical evidence considered in isolation, or with some other parts of the evidence, may suggest an injury was inflicted, it was necessary to consider the totality of the evidence. If, after consideration of the totality of the evidence, the conclusion is reached that, on the balance of probabilities, the injury was not inflicted then a finding of fact must be made on that point. Again, this seemed to point towards a willingness to effectively hold a repeat of the fact-finding process if a real reason exists.

And indeed, this is the way the Court of Appeal seems to have developed the law in Re CTD. In his judgment, Lord Justice Jackson held that at the second stage, the court was to make case management decisions to ensure that the hearing did not become a free for all in which evidence was repeated and issues reopened without good reason. The interesting words in this part of the judgment are ‘case management decisions’ and ‘without good reason’. The use of the term ‘case management decisions’ appears to downgrade the importance of the judge’s role in the second stage from being a gatekeeper as can be read from the Re Z judgment to merely an administrator who is responsible for making sure that irrelevant issues are not reheard once a real reason has been provided for the rehearing.

This seems to be supported further by Lord Justice Jackson’s remarks about the third stage. In these remarks, he stated that no presumptive weight was to be given to the earlier findings during a rehearing and that it was still up to the party seeking the finding of fact to prove it to the civil standard. The product of the rehearing would be that the earlier finding should or should not be changed, but it was only in that very limited sense that the original finding was the starting point. A rehearing was not, in principle, a different process to an ordinary fact-finding hearing. This is completely contrary to the approach that was taken in Re Z and suggests a shift towards a position where the presentation by a party of a significant reason will lead to a case, or a significant portion of it, being reopened.

In concluding this article, the answer to the question posed in the title appears to be that provided a party can show (1) they have a real reason to reopen the findings of fact and (2) that reason would make a practical or legal difference to the arrangements made for the children then it is much more likely that there’ll be a full rehearing of the findings of fact.